Where to Retire? Cheap, Cheaper, Cheapest 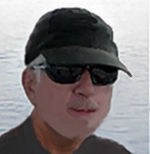 XTom Kelsey Background:
I have been a New Yorker all my life. Grew up in upstate NY and went to college at the State University in Buffalo. After I graduated I moved to the City and worked at various jobs before starting an internship at one of the major brokerage firms. I changed jobs several times over the last 30+ years but always remained in financial services.

My wife, Jill, also grew up in NY but went to college on the West coast. She returned to the City after graduating and has worked in various jobs in the cosmetics and pharmaceutical businesses.

We are looking forward to retirement, traveling and spending time with our family.

“The Equality State is a tax haven for cowboys and retirees alike. There is no state income tax. The state sales tax is low, and the average combined tax rate is the eighth-lowest in the country, at 5.34%. For most property, only 9.5% of market value is subject to tax. Thanks to abundant revenues that the state collects from oil and mineral rights, Wyoming residents shoulder one of the lowest tax burdens in the U.S., according to the Tax Foundation.”

“The First State is one of the tax-friendliest states for retirees. It has no sales tax. Its income tax rates are modest. Social Security benefits are exempt, and taxpayers over 60 can exclude $12,500 of investment and qualified pension income from state income taxes. Homeowners 65 and older may qualify for a credit equal to half of school property taxes, up to $500.”

The following are the top 10 Bankrate 2013 rankings for best States to retire. Rankings include Well-being, Cost of Living, Healthcare quality, Tax burden, Crime and Weather

The rankings for lowest Cost of Living are:

I then checked out how much cheaper it would be to retire overseas and selected some of the most popular locations in Central America since we would not consider moving too far from the States. I also added Puerto Rico to the list.

Below are ballpark figures from various internet sites of how much cheaper it would be to live in these overseas locations as compared to living/retiring in NYC. Costs include food, housing, clothing, transportation, personal care and entertainment.

For those who are willing to retire in South America, Cuenca in Ecuador is about 65% cheaper than living in NYC.

We have some time and a lot of thinking, research and traveling to do before we decide where to move once we retire.

13 Rules to Avoid the Scamming Game