The Full Life of a Centenarian

November 6, 2018 |  Category:   Life  |  1 Comment
Author:   Orville Rogers  posts:  1    Author's   bioXOrville Rogers Background:
Pilot and world champion runner Orville Rogers trained bomber pilots in World War II, flew the B-36 on secret missions during the Korean Conflict, ferried airplanes to remote Baptist missions all over the world, and managed to squeeze in a thirty-one-year career as a pilot with Braniff Airways. After retirement, he and Esther Beth, his wife of sixty-four--plus years, served thirteen months with the Baptist Mission in Tanzania. With her help on the ground, he flew goods and passengers to outposts largely inaccessible by land. Orville took up running at age fifty-one and ran his first marathon six years later. At age ninety, just two weeks after Beth’s passing, he attended his first national meet, where he broke two world records. He holds fifteen world records to date and continues to compete annually. Invariably, he wins. He has two sons, Bill and Rick, and a daughter, Susan, as well as, nine grandchildren, and ten great-grandchildren. He lives in Dallas, Texas.


He wrote a book about his life titled "The Running Man: Flying High for the Glory of God".

Please check out his Running Man website where his book is available for purchase. 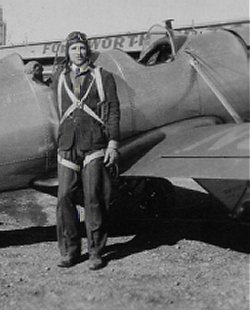 From the time I saw the first airplane fly over my house on the great plains of Oklahoma until the last time I climbed out of a cockpit at age seventy-nine, my passion was flying. Any pilot who straps a single-engine airplane on his back and flies across the Atlantic or Pacific even one time, much less twelve times, as I did, is bold. I respectfully disagree with E. Hamilton Lee, who coined the adage, there are old pilots and bold pilots but no old, bold pilots. This month I celebrate my 101st birthday.

Without question, I am an old, bold pilot. I am also “The Running Man.” I began to set world records at age ninety, which garnered a fair amount of attention. I have gained more notoriety for my running than for flying airplanes. As one of the oldest competitors in the world, I am an object of curiosity and a source of inspiration. Plenty of people are probably surprised to see me on the track instead of shuffling around with a walker. They don’t know I’m an old, bold pilot accustomed to pushing the limits, embracing the challenges, taking chances (which I prefer to call calculated risks), and moving forward when I am expected to stand still.

In the summer of 1927, Charles Lindbergh flew the Spirit of St. Louis in a circle above our little schoolhouse in Oklahoma. That brush with greatness inspired me at an early age to reach for the heights and ignore the consequences.

The first time I went up in an airplane, at age eleven, I took a chance on a barnstormer who came to our town. My mother might have been worried about kidnapping or a crash landing, but I gave the stranger with the flying machine every penny in my piggy bank for a fifteen-minute ride. Even at that young age, I had faith that God watched over me and wouldn’t let me make a choice I would regret. 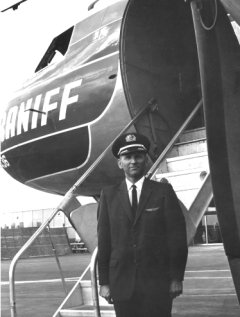 I deviated from the expected path when I chose to pursue a career in the service of our Lord. With a passion for flying and a degree in engineering, my family assumed I would either become a pilot or join my uncles in the oil and gas business. But prayer and my instincts told me to attend a seminary and prepare for a position with the church. I took a chance on serving God, and He repaid me with a better, richer life than I could ever have imagined.

When I instructed pilots during World War II and prepared them to fly in defense of our country, I had to push the limits of my endurance nearly every day. Working incredibly long hours, we had to take risks and break rules to churn out enough pilots to beat Hitler and the Japanese.

Under these dire circumstances and others, I calculated the risks and took them. I brought a great deal of knowledge and experience into the cockpit when I flew small aircraft all over the world for JAARS (Jungle Aviation and Radio Service). Whenever I took off from Honolulu flying a small airplane across the Pacific headed for tiny islands like Majuro or Tarawa, I faced fifteen or more hours of flying time. 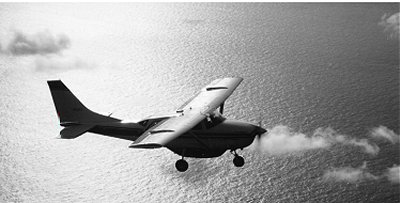 I knew the limits of my body and mind. I knew the weather and upper-wind predictions. When I was greatly overloaded by special ferry permit, I knew the limits of airspeed and how far my airplane could go with the fuel on board. I am no fool, and I do not have a death wish. Taking all the factors into consideration, I was more than willing to accept the calculated risks involved in the delivery of missionary planes to be used in the service of my Lord.

I embraced the challenge when I fell in love with a young woman before she fell in love with me. Esther Beth Shannon and I became friends when we were both still teenagers at the University of Oklahoma. She had a boyfriend at the time, but I sensed he would not last long. Instead of playing by the rules, moving on, and finding somebody else, I took a chance on her and waited patiently.

She eventually came around. We were married for sixty-four years, nine months, and five days. Though she has passed away, we will continue to be soul mates forever, and I will see her again in heaven.

When Beth and I had our first child, I knew very little about being a father. Mine left us when I was six years old, and our stern and unaffectionate grandfather raised my sister and me. Those two men were the only models I had, but I didn’t settle for being a fatherless child. At age ten, I chose a different kind of father: my heavenly Father. He taught me all I know about loving and guiding the family Beth and I made together.