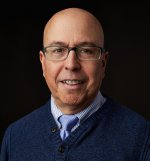 Once Congress realized Roth plans were not taking the path they expected, they opened the door to Roth conversions in the mid-2000s. Roth conversions allow individuals to pay the tax on their qualified plan and re-position it into a Roth with all its benefits. Not knowing how well the Roth conversion concept would do, limits were put in place. The concept didn’t do as Congress had expected, and they removed the limits. Currently, there are no limits as to how much money a person can convert.

Congress also realized the American public feels entitled and expects the government—established “for the people, by the people”—to take care of people. Telling the American public they aren’t entitled would be political suicide to any politician. Although Social Security and Medicare are not entitlements, our society sees them as such. Understanding that perspective from their constituents, Congress realized the public would also consider as an entitlement being cared for as they grew old. Capturing retirement funds and using them when a person needs care during this time are a solution to the entitlement problem. If the person doesn’t need care, his or her funds are left to the family, who might need care in the future. If the person needs care, retirement funds are available until very little is left. Then, Medicaid (a government program) steps in and takes over the expense.

Congress also realized that as technology and science improve, longer lifespans should be expected. Penicillin came out shortly before Social Security and increased life expectancy by about eight years. With that in mind, technology and science could help people live into their hundreds. Knowing the ailments that come with aging and the care needed, what would pay for these longer lifespans, which could be longer than previously expected? The answer was qualified programs.

With a large deficit and an infrastructure that increasingly needs greater funding, Congress looked to taxes to help solve these issues. Paying for extended care for the aging population requires vastly greater funds than does an existing infrastructure needing repair; the former would only add to a growing deficit. Assisting American citizens to grow a retirement portfolio so they can retire and enjoy life, in my opinion, was not the reason why our government created the qualified plans we have today.

Simply put, when you fund a qualified account, you are accepting the terms and conditions of the retirement fund and entering into an agreement with the US government. In exchange for tax-deferred opportunity, you are allowing the government to have control over your funds. Just like in any contract, terms, conditions, and guidelines are established and need to be followed; otherwise, penalties are assessed. In exchange for tax-deferred treatment, you are forfeiting control over your money by allowing the government to use your funds in the event you need long-term care. This is one of the two consequences most people are unaware of with qualified plans and one that can be devastating to the financial landscape of a person’s retirement plan. If married, this plan can put the spouse in a terrible financial situation while their partner needs long-term care.

There are several tax-deferred options available to the American public that are not utilized as much as they should be. A Roth account, an annuity, and a permanent life insurance plan offer tax-deferred treatment, as well as other favorable functions. Although tax has to be paid prior to placing funds into these programs, all tax is deferred, as is tax on the growth. Therefore, the only thing being taxed is the initial deposit. Furthermore, both a Roth and the proper life insurance plan will allow tax-free treatment when funds are removed, provided the terms are met. Annuities play a major role when distributing qualified assets using the income-stream-for-life approach. One of the biggest concerns today among retirees is running out of money! Creating income streams for life helps eliminate that concern, provided it’s done properly.

People create laws, which are not only designed to benefit the public, but also to fit the needs of those that are creating these laws. If one law creates a structure that prohibits lawmakers from accomplishing their personal desire, a second law is created to allow them to meet their desired goal. The second law is oftentimes referred to as a back door, or a loophole. One example is the Roth loophole, designed for high-income earners. It is fundamental psychology; the lawmakers want the opportunity to utilize the laws they have created.

Among the many antidotes recognized and accepted to protect qualified incomes and assets is a program for long-term care. A program may consist of a legal escape route for the spouse, such as an irrevocable IRS retirement plan trust, a long-term care vehicle within an annuity, a life insurance plan (also known as an asset-based program), or a plain old insurance policy for long-term care. These programs are a means of self-insuring and are built to provide protection against Medicaid-taking assets to offset long-term care expenses, which would force the individual to use tax-deferred funds. When accumulating qualified assets, it’s the responsibility of the individual to protect them or pay the consequences in the event long-term care is needed. Many of the programs mentioned provide funds to pay for long-term care services and, after services are no longer needed, oftentimes return a value to the family, sometimes more than what the individual paid into the program.