Start to Do What Needs to Be Done 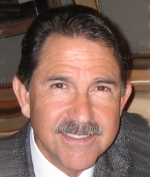 XDr. Don Weinhouse Background:
Dr. Don Weinhouse, PhD is professor emeritus in special education from Colorado State University-Pueblo and the author of The Boomers' Guidebook to More Joyous Living: Twenty Positive Approaches to Life after Fifty, from which this post is taken.

His website is at The Boomers Guidebook. He can also be reached by email.

It’s often difficult to take the first step. Many people never start because they’re uncertain of the outcome, concerned they won’t succeed, or unable to summon the energy and drive to move through all that must be done. When this is the case, begin small and start with something easy.

Start by selecting an easy-to-accomplish, less threatening or intimidating part of the total job you hope to tackle, and begin there. Success most often leads to increased motivation and further successes.

“I did one little project with clay sculpting in high school and fell in love with it. Ever since then, the idea of working with clay popped into my head every now and again. Two years ago, I made up my mind that I couldn’t wait any longer. I went to the craft store and spent fifty dollars on clay and assorted tools and set up an area in the garage. A few weeks later I signed up for an evening class at the local high school. Before long, I was spending two or three hour-long sessions a week in my garage, working in clay. Recently, I became involved with a group of sculptors who get together every weekend, and I love it. Sometimes I regret waiting so long, but mostly I’m happy I eventually did start and have this wonderful new activity in my life.”

Felipe admits he should have faced his financial future sooner.

“I can hardly believe we waited so long before starting to save for retirement. For years after we were married, there was barely enough money to get by, so we couldn’t justify putting anything into accounts we wouldn’t touch for decades. When we turned forty-five, my wife and I decided it was something that had to be done. Just opening the accounts was a huge step. For the past few years, we’ve been putting at least 10 percent of our gross income into them. We haven’t gone without anything, but the accounts keep growing and growing. It was just getting started that was hard. The saving part is easy.”

Sarah, a sixty-five-year-old retail clerk, used to have difficulty getting going Saturday mornings.

“Every Saturday, I have a long list of jobs that have to be done. I used to waste a lot of time just sitting around, not really knowing where to start. Then I figured out the important thing was to just get going. All I need is to begin one job, then I’m rolling along and just barrel through all of them. What gets me going could be as simple as emptying the dishwasher or pulling the laundry hamper into the hallway. I pick something, anything that’s quick and easy, and begin with that.”

Think of one project you want to start, but haven’t, and a first step you might take to get it going.

All come to look for America