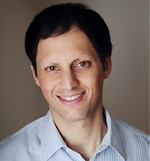 Jon holds a BS in Entrepreneurship from Indiana University as well as an MS in Gerontology from USC. At USC, his emphasis was focused on how to reduce admission to institutionalized care facilities, such as hospitals and nursing homes.

Jon’s passion for seniors came through his grandfather and having to witness his struggle with Alzheimer’s disease. Through this struggle, Jon is inspired to help facilitate quality care options for elders within the community.

Please check out the Seacrest at Home website. You can also reach Jon by email.

For the first time in my life, I bought a magazine while waiting in the checkout line at the grocery store. The October edition of The Atlantic had on its cover, a photo of a man who looked to be his 80’s. The title of the cover story, The New Science of Old Age, showed a man executing a skateboard trick that at any age would be impressive. I remember lying to my friends in middle school that I could do a similar maneuver, when in actuality I could barely ride down my parent’s small driveway.

The picture of this man and what I thought the story would be about transfixed me. Before I knew it, I looked up and the person in front of me had swiped their credit card and the cashier was already halfway done bagging my groceries. Impulsively, I made my first magazine grocery store purchase, as I felt compelled to read about this particular elderly prodigy.

Prodigy is a word often associated with a young person performing at an exceptionally high level. It is adorable to watch a child sing, dance and perform in a YouTube video. Also, child prodigies have excelled in scholastics, athletics and a myriad of other talents that many adults could not fathom being able to do. However, in today’s rapidly aging world, I think it is imperative to start recognizing senior prodigies as well. The results of their accumulated years of life, talents and wisdom have the ability to improve the world in the most meaningful of ways.

Often people live with multiple chronic diseases for many years. These diseases currently have few good curative options and are very expensive to our medical system. Therefore, the article stressed the importance behind the science of adding to our health span- years of healthy life, and not necessarily total years of life. Greg Easterbrook, author of The Atlantic article writes, “Drugs that lengthen health span are becoming to medical researchers what vaccines and antibiotics were to previous generations in the lab.” Major players such as, Google, reputable universities, big pharma and even a company based in La Jolla (Human Longevity Inc.) are working toward therapies that would increase health span.

Adding years to health span will inevitably give rise and opportunity for the world to reap unprecedented gains by senior prodigies. As our population grows, the fear is that an increase in total people will put greater stress on the environment. However, it is true that elders have lower materialistic want. When materialism is abated the negative environmental impacts can also be lessened. Perhaps, a growing number of seniors can influence global populations abroad about the idea that having “things” don’t make us happy. In addition, show more empathy, and with this, they are less likely to support violence and war.

In the book Better Angels of Our Nature, Steven Pinker argues that total casualties of combat have been on the decline as global populations have aged. In 1950, one person in 5,000 worldwide died from combat. In 2010 that number improved to one in 300,000. At the same time, global military spending per capita has declined one-third in the past 25 years. These figures suggest that older people are less enthusiastic about war than the young. In light of a difficult summer in the Middle East, it is quite possible that the best solution for peace is for the whole region to just grow up.

I am confident we will see scientific breakthroughs as there are many brilliant minds working on improving health spans coupled with great incentives to do so. Their work will enable large pools of elderly prodigies to heal the world. Soon enough, seeing an elderly man performing an incredible trick on a skateboard or maybe even an elderly woman inspiring peace, unlike her younger contemporaries, will be the norm and not the exception.