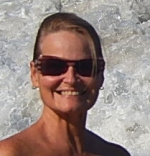 XTricia Lyman Background:
After 40 years in the real estate industry, my husband and I retired in 2012. We have never looked back or regretted the decision to leave it all behind and move abroad.

To document our travels, thoughts, and budget I began a blog and publish at least weekly.

The blog following has grown steadily and I'm now followed by people all over the world. And, have written numerous articles for English speaking newspapers, magazines, and other online sources.

Check out my Lyman's Journey blog. You can also reach me by email.

Mike and I had a dream plan for retirement with living 6 months in our home in the mountains of WA and 6 months of living and/or traveling in other countries, exploring the world. But quickly that dream faded away with the economic crash in 2008. We had a successful real estate business in a small rural town in Northeast Washington. 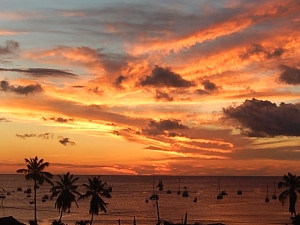 With the 2008 economic slowdown and other local factors we decided the time was best for closing our doors.

I stayed in real estate and did well under the circumstances. Mike became a catastrophe insurance adjuster. But no matter how hard we worked, we could never seem to get ahead of the debt left over from the business.

So in December 2011 we decided to protect what savings we had left rather than see it slip away any further. We made the only decision that made sense to us and decided to go live abroad. In April 2012 we sold our home in only 3 weeks and by July 2012 had sold or given away everything including 37 year’s worth of tools and machinery in Mike’s 1800 square foot shop. That was definitely the hardest part of this decision because Mike had homesteaded our property and built everything on it with his own hands.

During our months of preparation, we set about determining the initial criteria we needed in order to choose a location. The criteria we chose for ourselves were: a good health care system at a much lower cost; stable government; not wanting a car, a walkable location with a good transportation system; good infrastructure; a Spanish speaking country because Mike already spoke some but wanted to become proficient; warm climate year round; and, of course, a lower cost of living.

After hours and hours of research and reading everything I could find, we set a goal budget of $1,800/month including rent and all living expenses as that was our income until I could begin drawing my Social Security. Some of our remaining savings was specifically put aside to cover travel expenses between the countries we chose to explore. We knew we had to experience firsthand each location in order to make the right decision. This was also considered an investment, not a luxury.

In addition to determining which countries to consider, I spent hundreds of hours being our travel and rental agent before and during our journey. I scoured a vast array of flight and apartment sites. Even though it would have been preferable to see the apartments before booking them, we didn’t have that luxury. We had to have a “home” the moment we arrived to maximize our time there. 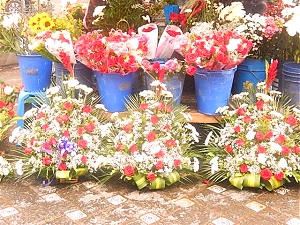 Turned out some were good and some were not. However for only a month, pretty much everything was tolerable. It also taught us a lot about our wants and needs.

The first countries of choice were Panama, Costa Rica, Ecuador, Uruguay and, possibly, Spain. We were going to spend 3 months in each country so as to keep within a tourist visa, spending a month renting an apartment in 3 different locations within each country.

Panama was our first country and we chose Boquete, Pedasi, and Gorgona/Coronado area. After our first month in Boquete and after talking to a couple with experience there, we took Uruguay off the list realizing it was too far and was too cold for us. Costa Rica was our 2nd country, staying near Tronadora on the west side of Lake Arenal, Grecia, and Tamarindo. While being in Tamarindo on the Pacific Coast, we determined without a doubt that we needed a beach and sunsets.

What should You do when you retire?