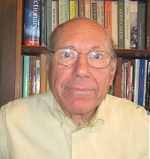 For further information see his page on the Department of History, Northern Illinois University website.

Most discussions of retirement center on change. Retirees have to learn to live without the discipline and purpose of their previous vocations, they are likely to move to new locations, they have to adjust to a different calculus for income and spending, they can and should seize new opportunities that are now open to them. Fair enough. But there are people–I’m one–who go on doing pretty much what they did before retirement. Who retired in fact, at least in part, precisely so that they could go on doing it. I don’t know how many people reading this blog are in situations roughly analogous to my own, but it would not surprise me if their numbers were larger and the circumstances that led them to carry on as before more varied than might at first be supposed.

My particular subcategory of retirees who may not be all that retired is that of university professor. A product of the conditions prevailing in the American academy in the late 1950s and early 1960s, I earned my doctorate (in History) at a relatively young age, especially by today’s standards, found a job immediately at a regional state university, taught there for thirty-six years, and retired. And I have gone on writing history just as before retirement. Only I don’t get paid for it. I don’t even get any research support any more, so that travel expenses to use foreign archives and such have to come out of my own pocket. Nor am I alone in this eccentric course of behavior: the major research library where I hang out most weekdays and some Saturdays has a rabbit warren of carrels peopled to a considerable extent with other retirees doing what by now comes naturally to them, what they did before they retired. (I should add parenthetically that we are talking here about people in the humanities and to a lesser extent the social sciences. People in the natural sciences have a very different problem when they retire. You cannot in most instances afford to pay for the use of a particle accelerator with your own money.)

At this point the reader is likely to interject, “but what about teaching” (the choice of a question mark or exclamation point is left to the interjector’s discretion). The answer is the usual one: it’s complicated. Here it goes anyway.

People who end up in higher education were generally drawn to their vocation by their passion for their discipline, whether history or chemistry or finance. It and not the forum in which it is practiced defines what you do and even to a great extent who you are. For some curious and wonderful reason it is sometimes possible to earn a living of sorts by publishing articles and books and talking with students in various settings (lecture hall, seminar, etc.) about what most interests you. With luck in time you may even get readers and students to share your interests.

As it happens, passions by definition are passionate. Three or four decades of this kind of commitment have been known to wear out some people’s enthusiasm. They retire in order to take up furniture restoration or selling goods at fairs or whatever. The rest of us, however, remain trapped in the lure of our discipline, and for us the important thing about retirement is to keep at it one way or another, even if the pace of the pursuit moderates some out sheer physical necessity.

The obvious objection here is, “why retire at all?” Why not just go on getting paid for what you are going to do in retirement for free? The problem with this approach (and some people do take it) is that leaves no room in the profession for those poor unfortunates you may have infected with you own love of your subject. Your teachers eventually, and often under protest, made room for you. Now it is your turn.

That’s the altruistic argument for retirement. There are always individual considerations too. Some are so personal that they are not of general interest. But the most commonly shared tangle of personal motives would be some combination of professional overcommitment and severely diminished resources, personal and institutional. You take on too much in a discipline where under the best of circumstances no book is ever really finished and no class is ever really completely prepared. Then They want you to do more with less (yet again), and if that were not enough They introduce a new set of “performance metrics” that are as meaningless and manipulable as their predecessors but even more time consuming. At the same time the tedious committee meetings somehow become even longer and the iron cycle of grading exams and papers begins to resemble recurring visitations of the bubonic plague. Your temper seems to flare more than it did when you were younger. The moments of very deep fatigue lengthen and become deeper. And so on. If you want to carry on at all with what you love and avoid some sort of general disenchantment, you have to step back from the broad spectrum of competing imperatives and concentrate your efforts in a relative handful of areas. And so one retires.