Retirement, Aging, and Our Memories

January 12, 2020 |  Category:   Humor, Life  |  Add Comment
Author:   Irwin Lengel  posts:  8    Author's   bioXIrwin Lengel Background:
Irwin Lengel is a retired Underwriting Manager from Lakeland, Florida. He and his wife Dolly have recently become snowbirds of a sort, traveling to Honesdale, PA for the summer to spend time with one of their sons and be able to visit brothers, sisters, and cousins in Reading, PA where both he and his wife were born. They enjoy traveling, line dancing, cruising, and spending time with friends and family. A great day or night for them is to be line dancing somewhere.

Irwin has written one book so far, Love, Marriage, Retirement, and Gratitude and is working on another one. You can check out more about Irwin and his writing here

You can also reach Irwin via email. 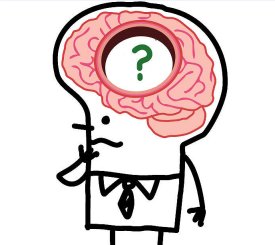 When we were working and even into our early retirement years, it seemed as though our brains had endless number of thoughts – and when given a question or a task – the answer or solution seemed to just pop into our head allowing us to address the issues and move on to the next item on our agenda.

As we age though, and the more I read about our brain and the memories retained within the brain as we age, a question keeps popping up every now and then and that is: “How do we get things to stop repeating in our head?” Oh, I’m not talking about being presented with a problem that we quite possibly retained the answer to in our head and it will magically appear in our head when asked the question. No, I am referring to what are called recurring thoughts.

Take a moment and think back to some of your old-time favorite TV shows. Shows like Laugh-In; Happy Days; Laverne and Shirley; and All in the Family. Or shows such as: Hogan’s Heroes; The A-Team; and Gilligan’s Island. If you will recall, most of those shows had a catchphrase somewhere within the show, or it was the theme song that triggered past memories. Take Happy Days – Probably the most well-known Happy Days catchphrase was this one which was always spoken by Henry Winkler’s character, Fonzie, every time a street-beggar would ask him for change: “Butter my potatoes, gramps.” Or at the start of each episode of the show Laverne and Shirley where Laverne and Shirley are seen skipping down the street, arm in arm, reciting a Yiddish-American hopscotch chant: “1, 2, 3, 4, 5, 6, 7, 8 Schlemiel! Schlimazel! Hasenpfeffer Incorporated!”

And then who can forget Arte Johnson’s (Laugh-In) role as Wolfgang, the World War II German soldier who spies on the show’s skits from behind potted plants and finds its gags “very interesting,” if sometimes “shtupid!” Or how many of you will admit to the fact that when someone mentions: “Gilligan’s Island,” something in your memory is triggered and you start singing “Just sit right back and you’ll hear a tale”….. !

My guess is that many of us will immediately remember these shows and will not only automatically find ourselves trying to work the catchphrase into an upcoming conversation but also find ourselves replaying the theme song in our mind and even be doing it four or five hours later.

Wouldn’t it be nice if we could do with some of this stuff like we do with our computers today? Think about it – if you are like me, when we realize we have a bunch of useless data on our computer, we ask ourselves: “What do I do with it?” Easy – we erase it! As a matter of fact, depending on what the material is that I want to delete, I tend to remove that data rather easily, never to be seen again. Being able to do that automatically brings to mind yet another catchphrase from the show – The A-Team when Hannibal says: “I love it when a plan comes together!”

Being able to do that though begs the question: “Why can’t I do the same with the crap that ends up in the wastebasket of my mind and better yet, why doesn’t that crap stay there. I mean, let’s face it who needs to remember the theme song from “All in The Family”.

In today’s world I’m sure our spouses wonder how we can remember such things. Take for example times when we are watching a movie and we (at least I tend to do it every now and then) blurt out in the middle of the show something like: – “Do you see who that is?” Believe it or not she is the gal that played Petty Officer Coates in the series JAG. I did this to my wife recently when we were watching an old episode of NCIS: New Orleans. I was referring to the actress Zoe McLellan who not only played Petty Officer Coates in JAG but also played the role of Meredith Brody in NCIS: New Orleans. Chances are that my wife wasn’t thinking: “How does he do that?” My guess is that she was thinking: “Hmmmm, he can remember something as trivial as that but cannot keep straight the day our trash gets picked up!”

And most of all, I need to remember that famous catchphrase made by the actor John Banner, best known for his role as Master Sergeant Schultz in the situation comedy – “Hogan’s Heroes” which was “I see nothing! I hear nothing! I know nothing!” and as the series went on became:

“I know nothing, nothing!”