May 7, 2015 |  Category:   Retirement locations  |  4 Comments
Author:   Diane Gateley  posts:  1    Author's   bioXDiane Gateley Background:
I retired and moved to Tenerife (Canary Islands) with my husband after having a successful Motorsport Mail Order Business for 20 years, After 20 years of seven day weeks with very little time off, it was just wonderful to have so much time to ourselves, we spend our time exploring the Island of Tenerife, we have now been here for 23 years and are still finding new places.

Decided to start a blog to let people know what Tenerife has to offer away from the coast, I have never written or done anything like this before so it’s been learn as I go, still learning and updating……. 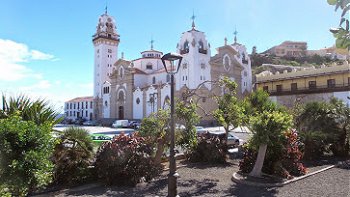 We first came to Tenerife on Holiday in the early 80’s, we loved it and like a lot of people we commented to each other ‘one day we will live here’, on returning to the UK we got caught up with our Mail Order Business selling motor racing parts and life continued , but that dream never really left us.

The only time of year it was possible for us to go on holiday was during late November and December and as neither of us like to be cold we headed for the warmer climates. We tried different locations, but we always seemed to come back to Tenerife.

We noticed that within two days of arriving on the island, my husband’s asthma virtually disappeared, so much so that he did not need his inhalers, when we returned to the UK his Asthma returned very quickly, within a day or so, this was obviously one of the reasons we kept returning.

We are not sun worshipers, like to be warm, but not to be baked, I don’t like the sand, friends who knew me well wanted to know what the attraction was, as far as they were concerned Tenerife was Sun, Sea, Sand and nightclubs, which did not sound like either of us at all. 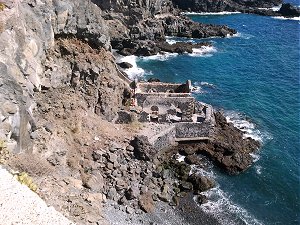 We like to explore, where ever we went on holiday we hired a car so as we could go out and about and find interesting places, see what was out there and meet the locals and take my word for it there is so much to see and do on Tenerife away from the coast, so many people come on holiday here and never leave the tourist resorts. I know a few people that live here in the tourist resorts and never go beyond, they really do not know what they are missing.

So, it was really an easy decision when we decided to sell up and leave the Uk some 11 years after our initial holiday in Tenerife as to where we wanted to go. We did consider other places, but none seemed to draw us in like Tenerife. We did our homework on property prices and what paperwork would be needed. Tenerife is one of the Canary Islands which belong to Spain which means it is part of the EU, this makes everything a lot easier.

One of the other deciding factors was that it is only a four and a half hour plane journey ( I hate long haul flights ), as we had family still in the Uk this had to be taken into consideration. Even in the early nineties, flights between the UK and Tenerife were very regular and reasonably priced, there are even more flights now and the prices are still reasonable.

The decision was made, we rented an apartment for a month to give ourselves time to find a long let. We decided that we would need a year to find where on the island we wanted to settle, a bit of a miscalculation there, 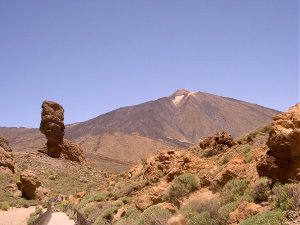 Once we had decided that this was the place we wanted to be, we sold up completely in the UK. We could see no point in having a foot in each place. It would only cause us complications with maintaining two properties as well of the expense of two properties. We applied for residency which was far more complicated then and was accepted. We are still British Citizens with a British Passport.

Since moving out here my husband has reached the age of retirement and receives his state pension which is paid directly here, no problems at all, no different to a pensioner living in the UK.

Health was a major consideration when we first moved out here, because we did not have an address in the UK, we were not entitled to an E111 ( I believe it’s called something different now ), so we had to take out private health insurance, an added expense, but we had taken it into account. Once my husband reached retirement age we were then entitled to health care from the UK via a 501 form, which works well. 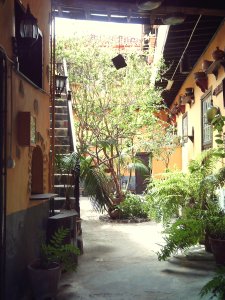 You have to register at your local health center with a doctor and it’s the same as having a doctor in the UK, if you can’t speak Spanish you need to take a translator, just so that the doctor knows exactly what you are trying to explain.

I am often asked about the cost of living here, what people are actually asking me is how does it compare with the UK. It’s a difficult one for me to answer as we have lived here for nearly 23 years, I do not know how much things cost in England now, the only thing I will say is that when I do go back to England everything seems very expensive and when friends tell me how much they have to pay in Rates and Insurance etc. I realize how cheap it is to live here.

Obviously everything is far more expensive in the tourist areas, but when you live here you do not shop or eat out etc.. in those places.

Pura Vida, the cultural differences between the U.S. and Costa Rica