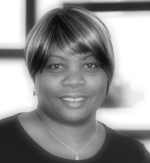 XKemmy Casinelli Background:
My husband and l left the U.S in 2013 to travel and discover the world. I had been a practicing pharmacist for almost 30 years and he worked as a freelance photographer. We have not regretted the decision.

We are currently based in Malta. I have started documenting our travels, experiences and thoughts via a blog that was recently started. We hope to encourage people to travel more, or at least live vicariously through us.

Please check out our Next Bite of Life blog. You can also reach us by email. 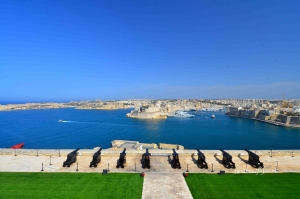 The thought of early retirement hadn’t occurred to me until 3 years ago. In my mind, you needed millions of dollars to be able to retire early. I was therefore resigned to working my retail job till l was old enough to draw social security. I had been with the same company for so many years. It just seemed like the thing to do.

The mindset changed for me after some family tragedy. I lost one of my sisters to breast and lung cancer after a very courageous fight. This was the eye opener for me. She was only 49, had never smoked, and ate right. She was two 2 years older than me, had worked all her life, had her family and it just seemed unfair for it to be taken away like that. I realized that we must seize the day and enjoy life as much as we could. At that point, l told my husband that l wanted to “retire” from work and travel. This is what we had originally said we would do, but in terms of “someday”.

We immediately set about paying down our debts and planning for the escape. I did tons of research as to places to move to. Our advantage was that he is from Rome, so we could stay anywhere in the E.U without worrying about immigration. 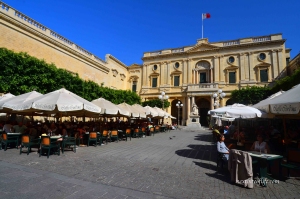 The countries we considered included Spain, Italy, Portugal and Cyprus. Italy was out of the question for him as he did not want to move back home. It was also going to be much more expensive. The others were eliminated due to the global crisis and the reluctance to learn a new language.

Malta revealed itself to us when l was reading a list of popular retirement destinations. Truthfully, l had never heard of the place. I found out it was just 50 miles from Sicily. The cost of living was lower and the best part was that English, as well as Maltese were the official languages. We came over for 3 weeks to check it out, and really liked it. Our plan was to live on the passive income from our 2 rental properties and our savings for about 5-6 years, then we will start drawing dividends from the 401k which is enough to cover our living expenses.

Upon our return to the U.S, we set about selling everything, cars, furniture etc. and put our house up for lease. We figured we would rent it for a year as that would give us enough time to see if we liked Malta. 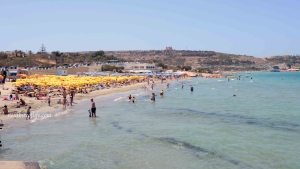 If we didn’t we would just come back. In May of 2013, my husband and l, and our 2 rescue beagles made the trip to Malta to start a whole new phase of our lives.

Malta is a tiny island in the mediterranean. The population is about 350,000 and welcomes over a million tourists yearly. It reminds me of Italy that time forgot. The Maltese people are very warm and helpful. Life is a lot slower here. The only form of public transportation is the bus, and a day’s fare cost just €1.50. The capital is Valletta which is a UNESCO world heritage site, with it’s narrow streets and colorful Maltese windows. There is the majestic St. John’s Co-Cathedral, built for the Knights of St. John with it’s baroques architecture. The lovely view of the Grand Harbor, Senglia and Vittoriosa from the Upper Barrakka Gardens. Most days, it is bursting with thousands of people as it is a port of call for major cruise lines.