Living and Retiring in South Africa 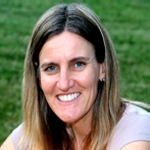 XSine Thieme Background:
Mother of four and American repat SINE THIEME recently returned from a 3-year assignment in Johannesburg, South Africa, where she loved living a life of adventure and travel interspersed with bouts of everyday chores such as discovering the mysteries of South Africa's bureaucracy. Both supplied abundant material for her blog, Joburg Expat.

Contrary to what you might think, the cost of living in South Africa is fairly reasonable. What might buy you a small flat in London will probably stretch to get you a large mansion in one of the sprawling suburbs of Johannesburg, or a cottage right on the beach near Umhlanga Rocks. Petrol and electricity costs have been rising but are probably still below the level of most European countries, and food prices are in line with what you spend in most Western countries. Going out to eat is one of the best kept secrets about living in South Africa, as there is a lot of variety on offer, the quality is mostly excellent, and the prices can’t be beat.

One thing you won’t find in South Africa and that might scare potential retirees away is the lack of government healthcare. The official system covering the majority of the country’s poor is badly broken and not something you will want to subject yourself to. Rather, you will need to investigate the cost of medical aid plans that allow you to be treated at private hospitals and facilities. The good news is that the care you typically get at any of these private providers is excellent and still much more affordable than, for instance, comparable providers in the United States.

Another asset worth considering when picking a place for an easy lifestyle is the availability of domestic help. Not many expats happily leave an assignment in South Africa, because they’ve gotten used to someone doing all their house work for them. Goodbye cleaning, washing, cooking, gardening, even driving the car. You can easily find the help that you need for as many days of the week you want. If a family member were to need in-home care, this is also a viable option in South Africa, whereas such costs are often astronomical in other countries. 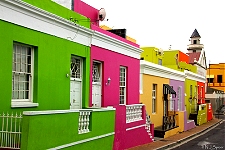 Too good to be true, you might say? Well, this brings us full circle, and back to the topic of crime and corruption. South Africa definitely doesn’t rank among the world’s safest places to live. Johannesburg in particular has seen some pretty bad years in the early 90s, and even Cape Town today has a fairly high crime rate. Most people live behind high walls and razor wire and are careful where they go after dark. The rich-poor divide is huge in South Africa, even though a democratically elected government has been in place for almost twenty years. Coupled with relatively weak persecution of criminals and a lot of government corruption, this breeds a lot of blatant crime. However, it has gotten much better from what it once was. Large sections of Johannesburg’s inner city, at some point more or less abandoned to criminals and drug dealers, are in the process of being “re-gentrified.” There are a lot of hip places that even ten years ago no suburbanite tucked away in a secure estate would have ever set foot in. South Africa is constantly changing, and while there is still a lot of uncertainty about the future, it is its youth and energy and vibrancy that make most foreigners fall in love with it at first sight.

A Cat Among the Canaries