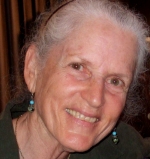 XPaulette Mahurin Background:
Paulette Mahurin is a best selling literary fiction and historical fiction novelist. She lives with her husband Terry and two dogs, Max and Bella, in Ventura County, California. She grew up in West Los Angeles and attended UCLA, where she received a Master’s Degree in Science.

Her first novel, The Persecution of Mildred Dunlap, made it to Amazon bestseller lists and won awards, including best historical fiction 2012 in Turning the Pages Magazine. Her second novel, His Name Was Ben, originally written as an award winning short story while she was in college and later expanded into a novel, rose to bestseller lists its second week out. Her third novel, To Live Out Loud, won international critical acclaim and made it to multiple sites as favorite read book of 2015. Her fourth book, The Seven Year Dress, made it to the top ten bestseller lists on Amazon U.S., Amazon U.K. and Amazon Australia. Her fifth book, The Day I Saw The Hummingbird, was released in 2017. Her next book was A Different Kind of Angel: A Novel (Aug 2018), then Irma's End Game (Apr 2019) and her latest is The Old Gilt Clock: A Novel (Dec 2019).

Please check out her books on her Amazon page.

I retired. Then I got to work. I took a writing class and began writing. This was well after I was collecting social security. Maybe what you are about to read will inspire you to write. Or to pursue your dream. It’s never too late. I hope my success motivates you.

You’ve never heard of me. Or my books. So how successful could she possibly be, you ask? I’ve never made it to The New York Times best seller lists nor been picked up by a well-known publisher. But, I have had several books on Amazon best-seller lists. My last, The Seven Year Dress, made it to Amazon Australia #1 best-seller Literary Fiction, Historical Fiction, and Teen Young Adult. And to date, a year after publication it’s #5 best-seller in Literary Fiction on Amazon U.K. It’s also ranked up in the top twenty in the U.S. and is continuing to sell on multiple other Amazon worldwide sites. So what’s my big secret?

I don’t try to write stories or contrive plots. I don’t try to design sentences that read grammatically correct. I don’t try to design scenes to entice readers. No, none of that. I just tell the story as if I’m sitting down with a friend and telling them about something that has happened. I vomit out the story, starting with concepts, then sentences, then characters who enter scenes and beef it up to give it richness. I communicate with my protagonist like I would any other new person I meet and ask them to describe themselves—as it fits with the context and then I ask why is your story unique? If it’s not unique then why is it special and of interest for someone to hear about it? Once I have an idea about the story I spew it out: vomit.

There’s no mystery to being a “writer.” What defines a writer is someone who sits down and tells a story. And I don’t know anyone alive who doesn’t have a story to tell. It’s how we communicate daily, in little vignettes. It’s how we relay interesting happenings to family and friends. Time spent at a computer doesn’t define a writer nor does the number of words on a page.

The simple mystery to my success is I tell stories. I vomit them out onto the page and don’t worry about grammar, creative content, formatting, etc. I don’t rely on my internal critic, which is never accurate anyway. I leave the critiquing, editing, polishing up the story, etc. to my publisher/editor.

I let inspiration guide me. For instance, when I wrote The Persecution of Mildred Dunlap, the story took place in 1895 and dealt with the imprisonment of Oscar Wilde for indecent exposure. To highlight the year and give depth to the story I researched 1895 to see if there were other newsworthy events that took place to factor into the story. That hit pay dirt. That was the year the biggest anti-Semitic scandal, The Dreyfus Affair, occurred in France and also across the ocean it was the year Booker T. Washington gave his Atlanta Address sending racism flaring in the United States. The Dreyfus Affair and Booker T. Washington’s contribution to significant historical events fascinated me. I decided to write separate books about each. The Dreyfus Affair and Emile Zola’s part in freeing an innocent man became my book, To Live Out Loud. When I finished that I wrote a book about the holocaust, The Seven Year Dress. When that was in print my attention once again went to Booker T. Washington and I puzzled with how to address a story surrounding the events of his life. My research led me to the struggles he went through to see that doors were opened to give African Americans a chance at education, which up until then had been illegal in many States. The quest to understand the lack of education led me to slaves during the Civil War and the Underground Railroad, which inspired me to write my fifth book, The Day I Saw The Hummingbird.

Everyone has a story to tell. Tap into yours and vomit it out. No great secret or formula. Like the Nike commercial says, Just do it! I wish you all much success and good luck with your storytelling.

Is our moral fabric fraying? Moving right along into 2018