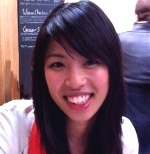 XNhan Nguyen Background:
Nhan is a half Chinese, half Vietnamese, Adelaide-born Australian who has never been able to keep still. Unable to settle down back in Australia after a two year stint in London, Nhan packed up her bags again, quit her stable job as a pharmacist (the second time around!) and moved to Paris in 2012.

What started out to be merely a year to experience and fulfill her dream of "living in Paris" unexpectedly became a permanent life change when she met her French partner.

Nhan now enjoys dabbling in the world of freelance writing (a passion she has always secretly kept to herself until recently) with various contributions as well as managing her blog My Love for Paris and its respective Facebook page where she shares all the beautiful places, events, views, delicious food!, activities and discoveries she stumbles across in the City of Light.

I don’t really need to explain this one. Croissants, pain au chocolats, macarons, madelines, financiers, eclairs, gateaux anyone? The choice of boulangeries and patisseries continue to surprise me every day. 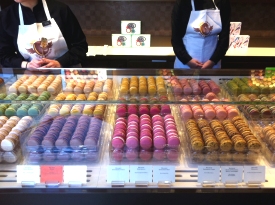 The quality and range of the cheese and yogurt in the standard supermarket overwhelms me. The brightly colored and different shaped varieties of produce in the markets attract me like a bird attracted to shiny things. Oh and the bread. The bread! It doesn’t even have to be the “best baguette of 2014” to taste like the best baguette I’ve had in my life. You don’t need to be dining in a Michelin starred restaurant to experience what good food tastes like in Paris I can assure you!

In tradition with the Parisian love to escape Paris every now and then, I love being based in Europe. When I previously lived in London, I had to fly everywhere. Now that I’m living on the continent, I’m a hop, skip and jump away from hundreds of other amazing places. We can drive into the French countryside, or down to the French Riviera.We can drive or hop on a train to Italy or to Switzerland. We can drive to Belgium for the day if we really wanted to and London is under 2.5 hours away on the Eurostar! 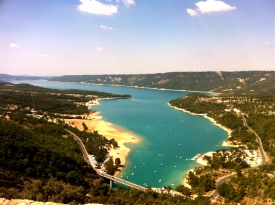 What more could you want? All these neighboring countries are now just a stone’s throw away (I’m from Australia so to me this really does equate to “a stone’s throw”!).

I recently spoke to a gentleman who had sold his home in Hawaii and ended up retiring in Paris. He never ever thought he would ‘retire in Paris’, I suppose nobody really does. He arrived in Paris not knowing a single person, without speaking much French at all. He had traded in his 3 bedroom house in tropical Hawaii for a 25 square metre studio in the 15th arrondissement. And he hasn’t looked back since.

The visa was easy enough to obtain, he just needed to fly to San Francisco to apply for it in person. It also is renewable online after the first year. In addition, all he needed to do was have the appropriate health insurance in place and prove that he had the sufficient funds to support himself. The major challenges he faced were more along the lines of meeting people and developing social contacts and, mastering the French language rather than the administrative steps involved in actually getting to Paris.

Meeting people is a challenge for anyone who moves to Paris, regardless of age. The French tend to retain strong ties with their childhood/high school/university friends and are less likely to make “new” friends. However that doesn’t mean that it is impossible. It just takes longer and a few more tries than you would normally expect. A lot of French people move to Paris for work or come back to Paris after being away, these people are often more open to meeting new international friends. French people in general are very interested in learning English and practicing their English. There are many organisations which offer language exchange meetings and these can be a good starting point in developing your French social network.