Genealogy: Your Ancestor Shot and Killed My Ancestor! 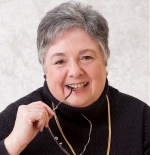 XCandace Cox Background:
Candace Cox is a genealogist, personal historian, and co-founder of the Tennessee chapter of the Association of Personal Historians. She lives in Mosheim, Tennessee. Through her personal historian service, Remembering Then, she helps individuals and families document their stories for current and future generations. 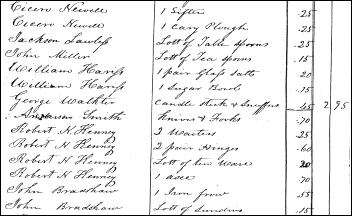 Many people think of genealogy as names and dates, which it is. But it can be so much more! Our ancestors lived through difficult times and under circumstances hard to imagine. They made good and bad decisions, had successes and failures, experienced love and heartbreak, and had moments of joyous pride and numbing shame. They homesteaded in the wilderness, raised crops, took care of their families, defended their property, and did what was necessary to survive. In other words, to borrow from the poet Edgar Albert Guest, they did a “heap o’ livin’” in that dash between their birth and death dates, and there’s a heap o’ lost stories waiting to be found and told. But where to begin?

A good starting point is the census. Where did your ancestors live? Could they read and write? How many years did they attend school? Did they rent or own their home? What was their address? What was the value of their home and property? What did they do for a living? Where were they born? Where were their parents born? Was English their native language? The answers to these questions can be found in the census records! Are you beginning to see the start of a story? Just for fun, if an ancestor lived in an urban area and had a street address, check the address online to see if the house is still there. (And even if it isn’t, you may still be able to get a feel for the neighborhood if there are any remaining homes.)

Take advantage of the tools available on Internet genealogy sites such as FamilySearch, Ancestry, GenWeb, and RootsWeb. Message boards can be very helpful, and they’re free! They are most often arranged by surname or location, and to post on them you simply subscribe those that interest you. And, yes, I really did receive this response to a post: “I just had to contact you. Your ancestor shot and killed my ancestor.” (I didn’t know the story, and it was true!) Message boards are a wonderful way to connect with relatives you didn’t know existed. The responder may not be in your direct line, but he could be descended from an ancestor’s sibling and have a wealth of family stories to share. 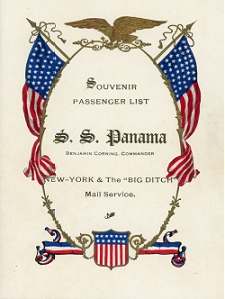 Sometimes you find stories where you least expect them. Family Bibles, published genealogies, old photographs, and family letters are sold on eBay. I research an unusual family name, and an eagle-eyed genealogist (my favorite kind!) from a related family notified me about a group of items for sale that referenced the name. When I looked into it, I was surprised to discover the items had belonged to my great uncle. He had been employed building the Panama Canal, the items were from his Panama days, and they included a formal family photograph I hadn’t previously seen. One of his daughters had a brace on her leg, and I later learned she had scoliosis – something I hadn’t known.

Family stories, no matter how implausible, often contain a kernel of truth. Look for the kernel, and if you find it, make sure to share (and document!) the correct version. A friend told me his middle name came from a family member who had been a governor of Delaware. When he asked me to look into it, I discovered the name didn’t belong to any governor of Delaware, but it was the name of someone who had been a governor of the Delaware River Authority. In another instance, I was told a family member had been eaten by a shark. Later research revealed the boy drowned and his body was never recovered. I suppose it’s possible he…..well, we don’t need to go there. It was a tragic event and, clearly, someone had an over-active imagination.

Historical and genealogical societies in the locations where your ancestors lived are wonderful resources for finding forgotten or lost family stories. Their staffs are well-versed in local family names and local history, and if you can’t travel to them, they will look through their records for you for a nominal fee. These local societies do wonderful work and provide a valuable service. Through them, I’ve found everything from the newspaper write-up of my mother’s wedding to a never-heard story about a distant relative who, in the 1920s, fell out of an open cockpit airplane to his death. Be prepared for whatever you might find!

Did your ancestors migrate south or west? If so, do you know how they traveled? Did they use the Erie Canal? Did they come by flatboat down the Ohio River to the Mississippi or Missouri Rivers? Did they go by Conestoga wagon? Did they walk alongside an ox cart? Did they come down the Great Wagon Road? You may not have a record of your ancestors’ journey, but others traveled the same way, along the same route, and some kept diaries and wrote memoirs. Use their stories to help you understand and describe what your ancestors experienced.

How do I Advertise for a Roommate?

Don’t Take it When it Comes to “Entitlement Reform”!