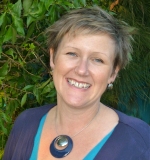 XLynn Sheppard Background:
I am a knowledgeable expert on Moroccan culture, cuisine and travel. In particular, having known the city for over 12 years, I am a well-networked and multi-lingual mine of information about Essaouira, local sights and attractions, events, history and expat life.

I first visited Morocco in 2001. I found the people incredibly hospitable, the architecture and crafts inspiring and the colours (the blue skies, sunsets in the Sahara, the spices and handwoven rugs) dazzling. I stayed in a riad (Moroccan townhouse) in Essaouira over the new year into 2002 and there began my love affair with Essaouira and my dream of having my own place in Morocco. True love never dies and I am now in a position to live my dream. After 13 years working as a civil servant for the Scottish Government, the UK’s Foreign and Commonwealth Office and the European Commission, I have moved to Morocco!

As well as writing, researching, sourcing and photographing for my own blog, I guest blog for others and write for the High Atlas Foundation, where I am also responsible for fundraising, social media and web content. I am available for collaboration in a number of areas, including writing; translation (from French or German into English); social media marketing, communications and strategy; fixing, scouting, sourcing or search functions in Essaouira and advice on foreign investment, property purchasing or expat life in Morocco.

If you have a writing assignment about Morocco or business idea or project you’d like to turn into reality, get in touch to find out how I could support your project.

Please check out my Maroc-O-Phile blog. You can also reach me via email.

Think of Morocco and you may think of the mosques and minarets, towering over souks where seasoned hagglers promise carpets that fly and lamps complete with genies. Or perhaps you imagine the sweeping Sahara, traversed by camels led by nomadic tribesmen. For an increasing number of European tourists, expats and retirees, however, Morocco means fast, modern cities and relaxed seaside resorts, such as Essaouira. 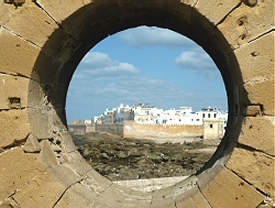 By far the majority of Europeans living in Morocco are French, followed by Spanish and Italians. Due to political, linguistic, personal and cultural connections, there are particular benefits for French nationals resident in Morocco. However, due to easier flight connections, improvements in the investment environment, the stability compared to its Arab neighbors and practically year-round sunshine, Morocco has become an important tourist, second home and retirement location for northern Europeans, including from the UK.

Essaouira – formerly known as Mogador – is being marketed as Marrakesh’s seaside. Although , just 2.5 hours apart by modern toll road or via the old ‘national’ road which winds its way through market towns interspersed with olive and argan fields, the two cities could hardly be more different. If Marrakesh is the former imperial capital of Berber dynasties and the current playground of stars, celebrities and stylists, Essaouira is its laid-back, low octane, slightly bohemian cousin.

You may not have heard of it yet, but Essaouira has had its moments of fame. In the 18th century, the town of Mogador handled the export of goods from the camel trains of the Sahara to Europe and beyond. Jewish merchants developed the trade and soon diplomats and negociants followed suit, connections were built and business boomed. British traders brought green tea from China to Morocco through Essaouira and sterling silver teapots flowed straight out of Manchester to serve it in. 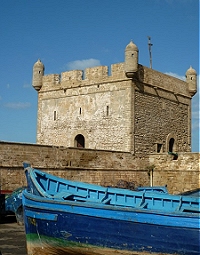 As the French Protectorate came to an end and Jewish residents left, Essaouira took on the name it has today, its fortunes as a trading centre ebbed, and its fame came through other means. In the 1950s, Orson Welles started a trend which continues of directors and photographers attracted by the town’s impressive fortifications and narrow, shaded alleyways (you most recently saw Essaouira in season 3 of Game of Thrones). The hippies hopped off the Marrakech Express here – Jimmy Hendrix and Cat Stevens floated through. More recently, international water sportsmen and women have flocked here for the wind and waves. Deep in the medina, though, craftsmen keep crafting, artists keep painting and in the port, there are still sardines landed in the same way they have been for centuries – from little blue boats known locally as flouka.

The big attractions of Essaouira are the laid-back lifestyle, the low cost of living, the market-fresh daily produce, the easy-breezy climate and the welcoming, hospitable nature of local Moroccans. If you enjoy the European Mediterranean slow food and café culture, Morocco’s Atlantic coast is cheaper, just as warm but more rugged and with so much to explore!