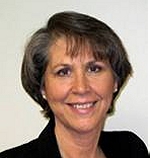 XDr. Melinda Spohn Background:
Melinda Spohn, PhD, LMHC is an avid road and touring cyclist and serves as Executive Director for the Senior Retirement Project, a 501c3 nonprofit organization that provides in-home counseling to seniors, their adult children, family caregivers and consults with retirement communities. She has been a practicing mental health therapist for 15 years and has taught psychology courses for a number of college and universities. In addition, she delivers seminars to the Boomers and aging senior population on a variety of topics including healthy aging, positive aging, and personal empowerment.

Dr. Spohn can also be reached by email. 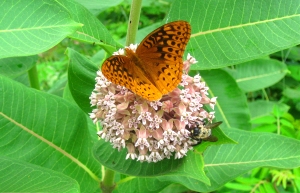 The song lyrics from the musical Oklahoma, “where the winds comes sweep’in down the plain” described our time in Kansas very well. Unfortunately, headwinds were becoming a daily reality. Reaching Colorado we had some firsts, I had my first flat when I ran over chunks of glass, we climbed Hoosiers Pass, the highest point of the TransAmerica Trail at 11,542 feet and crossed the Continental Divide. We would cross the Divide many more times as it snaked across Colorado and Wyoming.

In Wyoming, outside the town of Muddy Gap four pioneer trails merged, the Oregon, Mormon, California, and the Pony Express. The tenacity of the pioneers is unquestionable, yet envisioning thousands of pioneers crossing to the west reminded me of how the Native American tribes suffered through displacement and loss of culture. Entering the Tetons and later Yellowstone was like coming home. I have always been partial to the cathedral mountains of the west and was happy to see how well Yellowstone had recovered from the devastating fires of 1988. Twenty-five foot trees have replaced previously scorched earth. We started the last leg of the journey after a rest day in Missoula, MT, where I incurred another flat when my rear tire was skewed by a 3-inch nail. 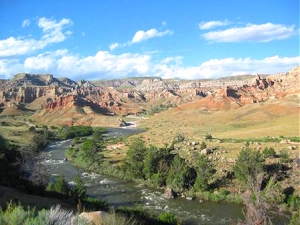 I was fascinated by the geological history of the great Missoula Ice Dam flood which occurred about 12,000 years ago and carved out much of eastern Washington and the Columbia Gorge. We pedaled our way into Washington State a few days later which included another flat and a dog bite, another first.

Coming back to my “real life” full of responsibilities was an adjustment from living in a tent for nearly 3-months, and I settled in a bit too easily. I learned a lot more about myself such as my ability to transcend the physical discomfort of long hours in the saddle, and the never ending climbs. In addition, a tour such as this takes a strong mental focus to keep going and not give up knowing that each hard fought mile brings one closer to one’s goal.

Throughout the journey I had the opportunity talk with many Baby Boomers and aging seniors. I discovered many were interested in keeping fit as they aged, however, there were more that admitted they had tried to be more active and engage in exercise but had not stuck with it because, “it hurt”, “took too much effort”, or “it tired me out”. I noted a sense of denial or disconnect between the lack of activity and exercise and how that would play out physically in the short and long-term. By nature, humans are not sedentary animals. We are biologically hardwired to actively engage with the environment. As people become more sedentary they lose muscle tone, balance, and become weak. This translates into falls and broken bones which leads to canes, walkers, and wheelchairs.

Not everyone has the ability, time, or desire to ride a bike across 10 states, but a wakeup call is needed. Baby Boomers are aging; our zest for youth may still be in our consciousness, but many are losing the battle when it comes to physical health. Historically, Boomers wanted their voices heard, they wanted to change the system, and they wanted choices. What one does or does not do to keep active will play out as one ages. You get to choose. I suggest listening to the Beatles, Dylan, Stones, or even the Grateful Dead, float back to your youth, feel the energy you had and bring it forward. Reclaim it.