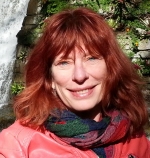 XDeborah Wilbrink Background:
Deborah Wilbrink is a personal historian specializing in memoir and family history books. She opened Perfect Memoirs to put to use skills and experience in journalism and English education, a love of reading and writing, an interest in history, and respect for elders. Deborah’s blog on her website offers tips about memoir writing. She is a former NBPT English teacher, freelance journalist, political speechwriter, television writer, copywriter, and cemetery manager. She has a Bachelor of Journalism from the University of Georgia, coaches and teaches memoir writing, and volunteers with seniors sharing life stories. Deborah lives with her husband in Music City, Tennessee (Nashville) where her hobbies are songwriting and gardening. You can reach Deborah for comment and questions about memoir at 615-417-8424.

Please check out Deborah's Perfect Memoirs site. You can also reach her by email.

“Thank you,” said the teen. She added excitedly, “I never knew these things about my father.” My high school students didn’t often say thank you, and every compliment is a teacher’s greatest treasure, hoarded up like memorabilia. This one came after students engaged in a family history project. Our creative writing class at Cane Ridge High School in Nashville, Tennessee had embarked on a journey into the past. They spent a week on this, first preparing an interview for a family member from an older generation, then visiting and listening for family stories. Students polished the results into an essay, story, poem, song, poster, or PowerPoint presentation, which they proudly shared in class, and with their families. Every teenager that did the project felt more connected with their family, and grew in wisdom. Chosen family members felt pride, self-worth, and connection with these teen members; they also had the chance to tell their stories. Generations held hands and jumped the generation gap together. I found that a family history project can add joy and enhance family relationships in any family. 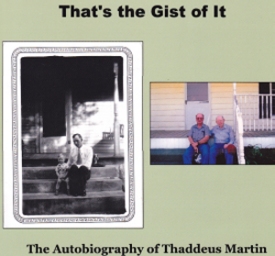 Ninety-eight year old Thad Martin emphatically called out, “My grandson won’t listen, he only cares about his video games!” when he first heard how easy it is for the average person to save their stories today. We discussed that at the end of my presentation about memoir at his retirement community. So I was very surprised when three months later I heard from Thad, and together we wrote That’s the Gist of It, his life story beginning in 1914. It was finished a month before he died. The book was the talk of the family at gatherings, and is now an heirloom that not only the grandson knows, but his children will read, too.

Is there someone in the family who can work periodically with you, or by email, on saving family stories? Perhaps your son has been begging you to write about it; maybe your grandchild just got a video camera – or has one in her new phone. It has never been easier to record and edit.

Start with a list of topics, one that you make together or separately. Here are some ideas that you can adapt: Your first car; Your first date; How you met your spouse; Who was at the wedding and where did you go on your honeymoon or first vacation? What was your first job; your favorite job; your least favorite job? Describe a school day…What historical events (war, economic depression, John Kennedy and Martin Luther King’s assassinations, 9-1-1, etc.) affected your life?

There are many questions you can add, for every life is different. You want to focus on key events, and on ways that everyday life differed from today’s. I love to hear about my mother’s first television. She had the first one on the block so children gathered at her house to watch shows like Howdy Doody. She remembers the theme song, and I remember it too, for she sang it to me when I was a child. “It’s Howdy Doody Time, It’s Howdy Doody Time, Time to start the show…”

My first grandchild was born a few weeks ago. I hope one day she’ll enjoy hearing about the non-broadcast tv stations, such as the early days of Cable News Network. I went to work there before it opened. We called it VJ School (video-journalist school). Getting hired was tough, but I sneaked past the receptionist to a row of mail cubbies upon the wall. I put my resume in every single mailbox, leaving a videotape in the man’s box who would not return my call. I actually sang the introduction to the tape “over black.” I got the job. In the same building we watched the antics of personnel at WTBS-TV, the first tv station that was on cable. They tried everything: wrestling, which became very popular; and broadcasting news shows without much of a news staff – they would read wire reports with paper bags over their heads!

Will my new grand-daughter be curious about how e-mail first was introduced? (Or maybe there will be no e-mail when she grows up.) I worked in an office that used a pilot program for intranet, before email was generally available. I vividly remember paid training in which the trainer spent most of the time on the floor trying to find out which wire was the problem. Later it turned out we were trained on the wrong program! We never received training on the program that we had, but I learned to e-mail before most people, and to word process too.