XKevan Vogler Background:
I am a Canadian expatriate who has called Brno, Czech Republic home since 2004.

In my free time I enjoy visiting attractions large and small in the Czech Republic and sharing them via my blog.

Please visit my Beyond Prague Blog.

Roughly equidistant from Prague and Vienna, Brno is on the rail line between both and a city very worthy of visiting in its own right. Brno is the Czech Republic’s second largest city and capital of the country’s South Moravia region. 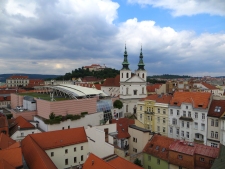 While both Prague and Vienna are lovely cities, they are capitals and magnets for heavy tourism through the bulk of the year. As such, they can be more than a bit wearing on the nerves in spite of their charms; there’s only so much crowding, queueing and kitsch that one can take before getting some breathing space is in order.

If you’re traveling through central Europe and your route of travel includes Brno, a day or two in this city might be all you need to get unwound and relaxed before you go on to your next tourist filled destination.

Brno is a very accessible city, not only from points outside but also within the city limits themselves.

The city is quite easy to reach by road or rail from all directions and, through its small but international airport, by air. Once inside Brno, the city’s well organised, efficient and cost effective public transportation system can take you directly to, or within easy walking distance of, almost any point of interest the city has to offer a visitor.

The compact center of Brno is predominantly a pedestrian only zone and very easily walkable. While guided tours of Brno’s center are available, a quick stop at the city’s tourist information office on Radnická street will provide the self guiding sort with a well marked map of the center and information about the various attractions to be seen there and beyond.

Part of the charm of Brno is that while it does have much to offer the visitor, it does not tend to force its attractions upon guests but rather leaves it to them to discover the city on their own terms.

Despite a notable increase in tourism in recent years, Brno has happily kept its true nature as a working and university city intact.

As mentioned before, Brno lends itself well to the self guiding visitor. Depending on your interests, you can structure your own tour on a variety of themes. Here are just a few ideas to get you started: 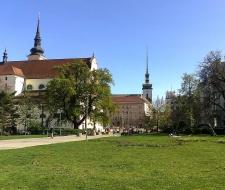 Brno possesses a subtle but eclectic range of architectural styles to appreciate from the Neo-Gothic exteriors of the city’s landmark St. Peter and St. Paul’s Cathedral to the modern, Functionalist lines of the UNESCO listed Tugendhat Villa. Between the medieval and the modern, one can also find examples of Art Nouveau, Baroque and Classicist styles just to name a few in Brno’s architectural mix.

Travel to, live in the Palau Islands

How Old Are You? Dates to Remember