Be Careful Of What We Wish For

The whole concept of ‘Brits in Europe’ is a controversial area that I know many expats living in Spain get very heated about. Indeed, it is one subject that is a hot topic of conversation in many Brit bars and gatherings. However, it is also fair to say that many expats really don’t care at all about the issue, and have no interest in voting in the forthcoming European Elections. 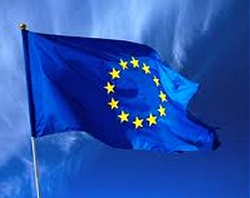 I care passionately about the whole idea of being a European. For many years, I have regarded myself firstly as a European, secondly, as British and thirdly as an Englishman. For me, it is one of the best things that has happened, both politically and culturally, during my lifetime. From the moment that Britain joined Europe it meant that any European could live and work in any other European country as equals; well, that’s the theory, although we all know that there can be variations in this interpretation.

I fervently hope that Britain stays within the European family if there is ever a referendum on the issue. Personally, I would hate Britain to be on the outside and looking in with no influence about what is happening in Europe, but feeling the impact of any decisions made. Many of our European friends, the Germans, French and Spanish in particular, are bewildered by Britain’s lukewarm attitudes to Europe.

It is true that Spanish attitudes towards Europe are changing from one of blind acceptance and trust to a healthier one that is beginning to question and challenge some of the more obscure rules that appear from Brussels from time to time. Even so, the bond is strong and it would be unusual to visit any official building, building development or project without seeing three flags flying: the Canarian and Spanish flags flying alongside that of the European Union. Compare that with the UK where seeing the EU flag flying anywhere is unusual.

Britain has always been an awkward partner, made worse by the years of recession. As history teaches us, during periods of economic downturn, there is a tendency to look for scapegoats; be it the treatment of Jews, gays and travelers in Germany during the Second World War, to negative attitudes expressed by some in the UK towards Poles, Bulgarians and Lithuanians in current times. It is a human reaction to group together and to blame someone or something else, even if it defies logic. It is also worth noting that many observers, and particularly those from the US, see Britain as currently being in a highly beneficial and unique position within Europe; remaining outside the Eurozone and retaining its own currency.

I often despair of expat bar room discussions from those who vehemently demonstrate their hatred of all things European and even their host country, which in the main has welcomed them so warmly. It is not that long ago when some of our friends needed a work permit to work in Spain, so that they were unable to purchase property or to start their own businesses until Britain became a member of the EU. One can only imagine what would happen if Britain did eventually pull out of Europe. The signs are already that the barriers to free movement would once again reappear and that Britain would be isolated from its European counterparts in many ways.

The British Government’s political yet popular decisions to restrict immigration, and use of the health service and benefits to migrants from European countries are already beginning to show as retaliatory moves against British expats in some countries. I often hear from British expats in several European countries who tell me of their problems with health, unemployment, pensions and social benefits that were unknown a short time ago. Health services for expats, in particular, have been severely curtailed in some countries, including Spain, in recent months.

The global recession, as well as a less welcoming policy towards expats, has led to less flexibility and generosity towards expats than have been experienced in the past. Politicians need to be fully aware that actions taken in Britain are reflected in other member states, and it is British expats who suffer the often-unintended consequences. As expats, let us be careful of what we wish, and vote, for.