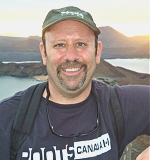 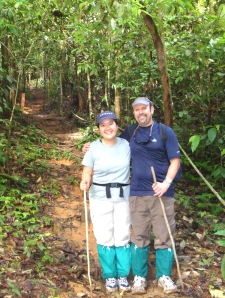 Adventurous by nature, my wife and I began pondering early retirement not long after our wedding. Although successful from a professional point of view, we always viewed our jobs as a registered nurse and a financial services administrator as a gateway towards something more rewarding than a good paycheck.  Raised in a generation devoid of “online income”, we lived prudently, invested diligently and “did our time”, albeit always disagreeing with the American concept that endless hours of work for 40+ years define your identity and lead to a happy and successful life. Unexpectedly laid off last year, we decided to try expatriation to push the retirement up five years.

Overseas expatriation seemed logical for an American and a Canadian who both lived as permanent residents in each other’s homeland. Originally, our plan focused on warm American states like Florida and Arizona but even with a six figure income, retiring at age 50 in America takes upwards of several million dollars to keep up a middle class lifestyle. Factoring in a probable 40 year retirement and a healthcare system priced higher than most developed nations, it didn’t take long to reach the inevitable conclusion that overseas residency is an intelligent option for open-minded folks willing to leave the familiar surroundings of North American life.

Beginning almost a decade ago we started taking “Expat Destination Research vacations”. Focusing first on the Caribbean, Latin America and South America, we joined business with pleasure, enjoying the most popular attractions with excursions to the local expat community when possible. Offering comfortable climates and throngs of North American expats, we examined Costa Rica, Panama, Ecuador and Aruba.

Prioritizing items of importance becomes a valuable tool when deciding on uprooting to another culture. Creating a checklist of important criteria, we examined the pros and cons carefully, reaching a few conclusions rather quickly and developing others as time went by. Ultimately, the bottom line for us usually came down to two things: Language barriers and affordability of travel from the host nation.

Costa Rica is a beautiful nation with spectacular beaches, rainforest and a huge North American expat community but prices have escalated once again, making it a better option for investors seeking property. Panama has one of the world’s best retiree visa programs called the pensionado program and much of the same beauty. However, Panama City feels very much like Miami with more Spanish and areas outside the city offer limited social activities other than water sports. Interaction with locals is possible but requires Spanish and many expats live in gated communities seeking the same suburban amenities offered in any American suburb.

Unlike Latin America, Ecuador feels less like America and more like the developing world. One of the few countries offering beach, mountains and rainforest, multitudes of Americans love its thriving expat communities, cool mountain climate and beautiful scenery. Touted as one of the best retirement destinations, we visited Cuenca with a local who showed us the expat community.

Defined by two neighborhoods, one wealthy, the other working class, much of the local population escapes every weekend to local communities where the largely indigenous population live. Leaving the bulk of everything for the expats, we expected a bustling atmosphere but instead found an isolated group of North Americans and Europeans mingling among themselves. Most importantly for us, English is a distant second language and unlike in Asia where it’s understood that speaking English tends to improve economies, this will not change anytime soon in most of South America. 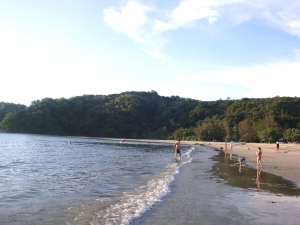 Oddly enough, Malaysia wasn’t our first choice in Southeast Asia. Thailand stole our hearts and is actually our “Plan B”. Ultimately, however, it came back to prioritizing what’s important and every potential expat needs to make a list of pros and cons. Crazily, we’ve visited Malaysian Borneo but never stepped foot in Penang or even the Malaysian Peninsula, our chosen destination. Taking a giant leap of faith, we’ve researched many factors extensively and the following are the primary reasons we chose Malaysia.