An Alternative to Total Retirement

August 28, 2018 |  Category:   Jobs/Volunteer, Life, Travel  |  Add Comment
Author:   Paul Francis  posts:  1    Author's   bioXPaul Francis Background:
Paul Francis (and his wife) are retired educators who have taken on work assignments after retirement in such places as the Arctic, China, and Bangladesh. This, in turn, has enabled travel experiences throughout China, Cambodia, Viet Nam, Nepal, Sri Lanka, Thailand, Hong Kong and many other locations. He has created a blog where he is in the process of outlining some of his experiences and adventures upon retirement. He has always felt and continues to feel that retirement is not the end of something; rather the beginning of new experiences and adventures. 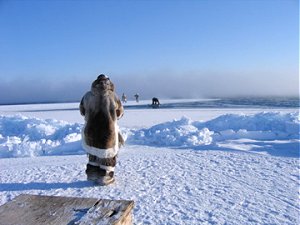 I remember wondering when I should retire. It started around Christmas time of my retirement year. The thoughts I was turning over in my mind went something like this: Can I afford to retire? I would have to take a small financial penalty on my pension if I was to retire that year. What would I do in retirement? Once I send in my notice to my employer then that’s it – there is no turning back! Am I ready emotionally for this huge change in my life?

The thoughts and doubts went on and on. As someone who had virtually worked his entire life, the thought of not doing so was both frightening and exhilarating at the same time.

Nothing had prepared me to make this decision. This was one of the most monumental decisions I had to make – yet there was no point of reference. In fact it was so open-ended that it felt like jumping off a cliff and hoping I would land O.K. On the other hand, my job was stressful. The daily grind was taking its toll yet I was still in my fifties and I wanted to participate in all the things I had been postponing most of my life. What to do? This was the question always at the back of my mind that year. 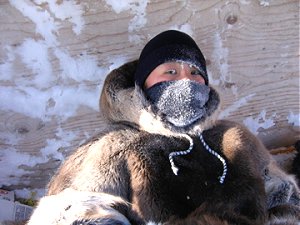 Then something happened around April of that spring that propelled me to write my retirement letter. Just out of curiosity I had investigated a number of similar short-term positions in different parts of the world. My rationale was that if I did retire a short-term position was just that. It would bridge the gap between retirement and static continuous work in my current position.

Having worked throughout my career as an educator and then later as a school administrator, I was able to find an interesting position as a principal in a remote fly-in community in Canada’s High Arctic. The contract would be just for a year and the position seemed to be a great fit for my training and experience. Also there were other plusses: an income and it would fulfill a certain sense of adventure for which I seemed to be wanting.

After talking things over with my wife (who decided to stay back that year in order to sell a small business in which we were involved and to be there for our youngest child who was off to university on an adventure of her own) I accepted the offer and submitted my retirement letter. There was no going back! 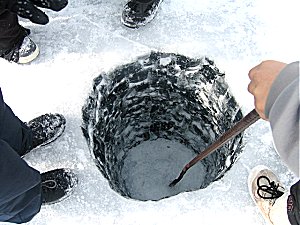 After accepting a contract to be in charge of a school in a small fly-in community in Canada’s Arctic I then proceeded to do a two week orientation in another small Northern community. Here I learned about Inuit history and culture and participated in a number of events with Inuit people. I then flew back home and was informed that I had the weekend to submit an order for the year’s supply of food that I would need in the small Northern community where I would be living. The food would arrive by the end of September on a freighter via the Arctic Ocean if it was not iced in by then. Have you ever wondered how much food, soap, toiletries etc. you would use in a year? Well that is what I was tasked to do.

I submitted my order and got busy packing. At the time I was allowed to bring ten bags with me. I wanted to bring things that I would need until my sealift of supplies arrived. Already this so-called retirement thing was proving to be hugely busy and, if I was honest with myself, somewhat stressful.

How can I describe my first year of retirement? I think that it was a combination of awe, anxiety and exhilaration. When I arrived in the small fly-in community that was to be my home for the next year, I was met by a member of the local school board. He directed me to my accommodations and, after unpacking the bags I had brought with me, I went out to survey the little village (or hamlet as they called it.) 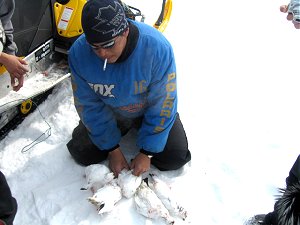 From where I lived I literally could throw a rock and hit the Arctic Ocean. The sun was shining and the local people were walking about doing everyday activities. The little village consisted of a hundred houses or so, a Northern Store, two schools, a polar bear research center and an Arctic Coop. That was pretty much it.

At the time I thought that this tranquil scene was idyllic – something right out of a story book.

One of the first sights I encountered was that of a little girl running down the track between houses with a narwhale tusk in each hand. There were Arctic Char (fish) hanging up to dry and three women were scraping a caribou hide in the afternoon sun and speaking to one another in Inuktitut . While walking to the Northern Store a few Inuit practiced their English as I went by them by saying: “Hello principal.” It seems everyone knew who I was before I arrived.

For a Happier Retirement Reach out and Connect with Others