A New Expat Life or an Extended Holiday? 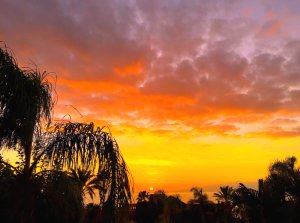 A new survey of retired British expats has produced some interesting, but not surprising results. It claims that around one third of those interviewed intend to return to the UK, because they are dissatisfied with their expat experience, which includes increases in costs of living and financial concerns.

During my years as an expat living in Spain and the Canary Islands, I have come across people offering a whole range of reasons for moving to another country. For most, it is a healthy new life in the sun, which it isn’t if one is determined to do little more that lie on a sunbed all day, drinking excessive alcohol, with one’s skin turning to a similar colour and texture to that of a leathery hippopotamus.

For others, it used to be the advantageous pound – euro exchange rate; one could live happily on the proceeds of the sale of a modest family UK home, and particularly when pensions stretched unbelievably far. The cava bubble has certainly burst on this one, and parity of the pound – euro rate, which happened a few years ago, may well happen again in the not too distant future, continuing to shatter many a dream of an easy life in the sun.

Despite rapid advances in personal communications, not surprisingly many expats miss family and friends who are still living in the UK, as well as ‘British culture’, feeling that they do not belong. Part of the reason for becoming an expat is to embrace a Spanish, French or Italian culture. Many expats cannot be bothered to do so, refuse to learn the language, to appreciate cultural traditions, or to mix with ‘foreign’ neighbors. Failure to integrate is the key to much expat unhappiness, as well as a desire to create ‘Little Britain’ at every opportunity. Needless to say, the locals tend to get a bit fed up with what is seen as British arrogance. Sadly, the ‘What’s in it for me?’ attitude is now far more prevalent than the experiences gained from learning about and fitting into a new community and culture.

The forthcoming EU referendum has opened wide the true reasons why so many expats are disenchanted about their expat experience, and many myths about the European Union are being rapidly invented. It is the threat to pensions and access to European health systems that is concentrating British expat minds wonderfully. Although I am fully in favor of remaining in the EU, and have always opposed the idea of referendums as a meaningless bureaucratic exercise designed by the ‘political suits’ to appease a generally unthinking and inarticulate electorate into believing that they have some sort of democratic control over their lives. In reality, of course, all it does is to create social and financial instability. Despite this, I am pleased that an opportunity has been created for expats to examine the true reasons behind their lives in the sun.

Negative comments regularly abound about what is perceived as ‘Spanish and European bureaucracy’, conveniently forgetting of course that Britain also has its fair share of pointless bureaucracy, which Spanish and French expats find equally confusing when living in Britain. Thankfully, expats are slowly realizing that life is about to change, whether or not there is a vote to stay within the EU. This is probably a good thing, and maybe those who do not feel comfortable with life in Spain will head off ‘home’, leaving those of us who do enjoy life in this wonderful country to live in peace and harmony with our neighbors, as well as within the European family of nations.

It is so important that those setting out on the expat adventure do not simply regard it as an extended holiday and that they do their homework before setting off. There is still hope for the British expat, since the survey also found that younger expats, aged 25 to 35, are increasing and now make up 27 per cent of all British expats. As disenchanted expats finally head off back to Gatwick with their hopes and dreams of a new life in the sun shattered, hopefully the younger generation will adopt a more intelligent and enlightened approach to being a contented and fulfilled European expat.

Editor’s note: While this post describes some issues faced primarily by British expats many of the points raised apply to expats across the globe.

Knocking off Work to Lay Bricks

The Current Condition – OLS and CRS